The new Bayside Police Station was inspired by a desire on the part of former Chief Commissioner of Victoria Police, Christine Nixon, to reconnect policing back to the community, and Francis-Jones Morehen Thorp (FJMT) has re-imagined the police station as a highly interactive community hub and sustainable workplace.

Bayside Police Station Sandringham VIC Australia-L2The new building is in line with the practice's more recent projects, which have sought to define an open and layered approach to built space, crafted in rich and well-considered detail. These virtues, together with the completeness and clarity of FJMT's work, have assisted in connecting the Bayside Police Station back to its community, while promoting a calm and respectful public image for its police force.

Located in the heart of Sandringham Village, the Station is the home for a new regional police facility that brings together traffic management, uniform branch, crime investigation and regional response units under one roof. The brief required a new armature that was civic in nature and capable of accommodating approximately 100 collocated personnel. In response to this, FJMT developed a concept around a sequence of double-storey internal framed open spaces that would in theory combine to drive the public realm all the way through the centre of the project. 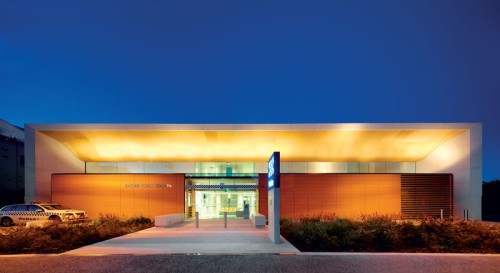 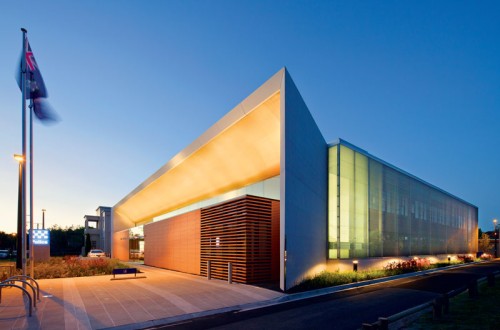